Are you willing to really master Webflow?

Subscribe for free value-bombs 💣 and receive my
10 favorite free cloneables in the Webflow universe.

Thank you! Your submission has been received!
Oops! Something went wrong while submitting the form.

We use Klaviyo as our marketing platform. By clicking above to subscribe, you acknowledge that your information will be transferred to Klaviyo for processing.

How to Create an Image Reveal Effect in Webflow - 2 Methods

So I wanted to share how I built an Image Reveal Effect in Webflow. With this simple effect your project can actually look a lot more interesting.

Thanks for stopping by.
Today we are going to learn How to Create an Image Reveal Animation in Webflow in two different ways.

First, we are going to create that Image Reveal Effect using an Overlay.
After that, you are going to learn how to create a background image reveal animation using Webflow interactions.

STRUCTURE OF THE IMAGE REVEAL OVERLAY - 00:34

You are going to need a Div-Wrapper to wrap the image inside it. Make sure to set the Div to overflow-hidden. Next, put an image and another div inside the wrapper. Name the inner div something like ".image-overlay". Give it a color of your choice. Most times it works best to use the same color as the background, because it makes the image appear out of nowhere in the end.

Next put the overlay to position absolute and spread to full width and height. You shouldn't be able to see the image anymore. Now you can start to animate the overlay.

ANIMATE THE IMAGE REVEAL OVERLAY - 01:32
‍
Head over to the interactions tab and create a new "Scroll into view" Animation with the wrapper div selected.

Let's start with the Scroll into view animation. Create a new one. Now name your animation and select the overlay to create a new action. Choose to animate the SIZE.

Now set the first action to initial state in Webflow. Change the height to 100%.
Duplicate that action and set the height to 0%. This way, the overlay should disappear when scrolling into view. Make sure to also tweak the easing and duration.

If you're done with the Scroll into view part - do the equivalent for the Scroll out of view animation. Simply delete the first action and set the other one to go back to 100%. I would also encourage you to lower the duration.

PRO-TIP: Change the offset to make the reveal fully visible for the user.

Your Image Reveal Animation should be fully functional by now. If you have any issues, make sure to check the video on YouTube or shoot me a message on Twitter ;)

If you are new to Webflow, sign up for free and get started:
🚀 Check out Webflow:

Let all the good stuff come to you

Sign up and receive my top 10 clonables for Webflow for free! You’ll also receive High quality content educating you about how to create stunning Webflow projects! 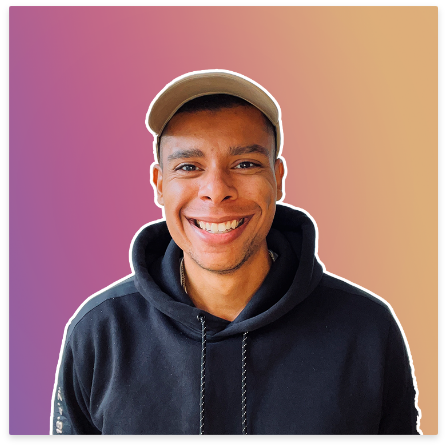 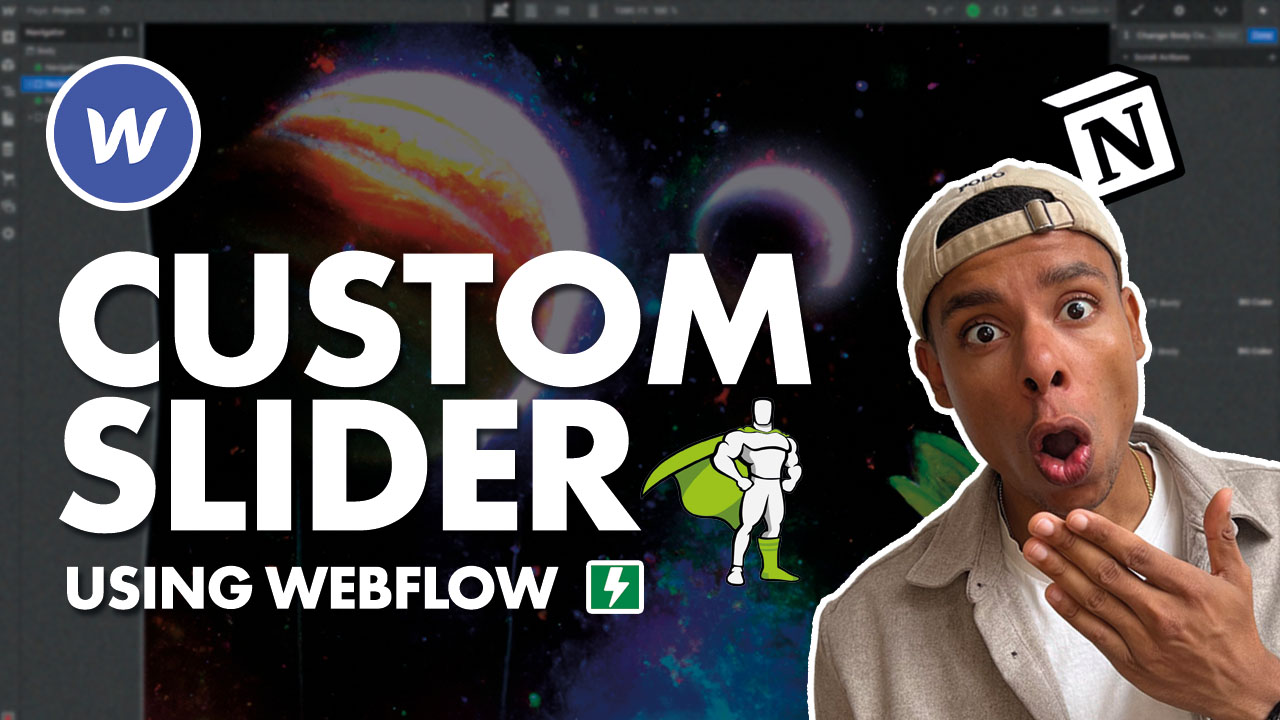 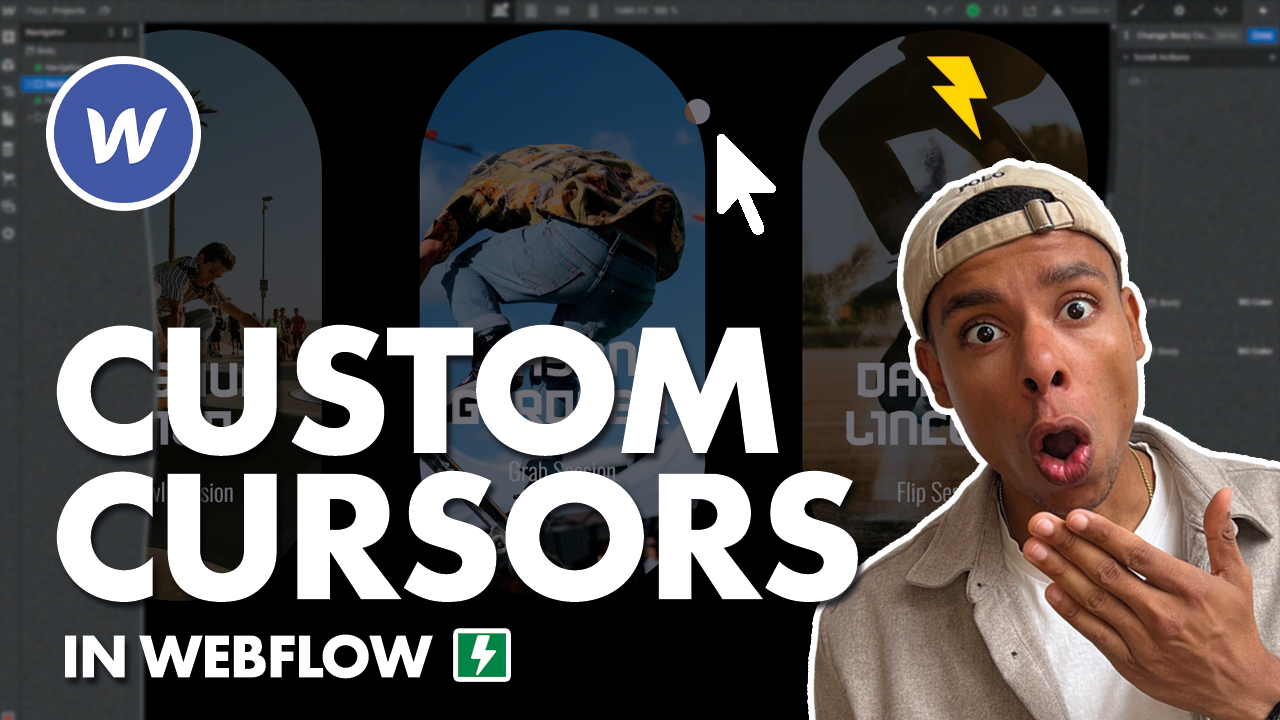 3 Amazing Custom Cursors and How to Build Your Own 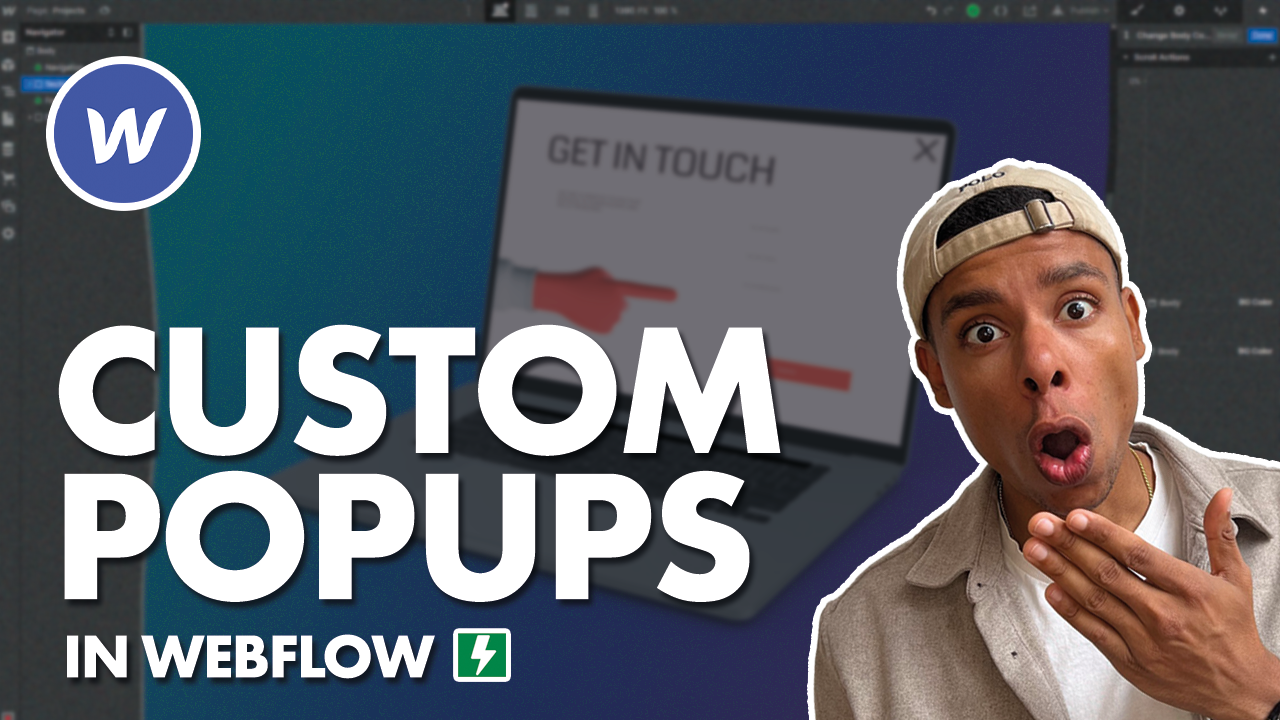 How to Create a Custom Popup Transition in Webflow